What is OD at ULHT? 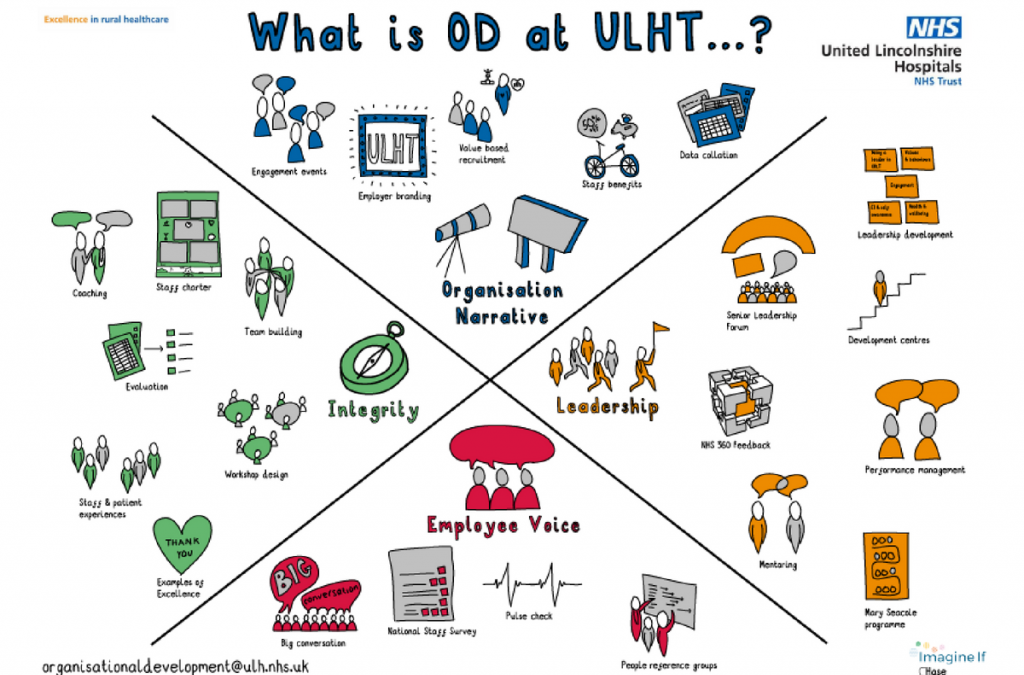 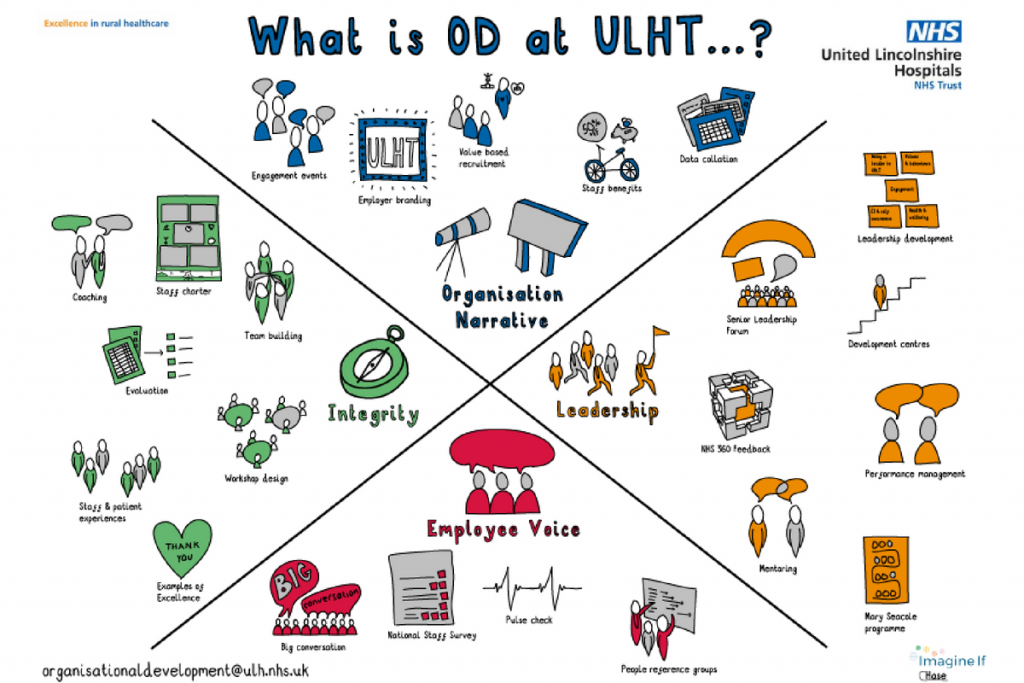 “We wanted to help those outside of the OD team at ULHT understand more about what OD is and the work that the team do. Initially it was to use at an internal HR/OD away day but we wanted something that could be used wider.

By speaking with Cat we were able to turn our ideas into reality. We had the content in terms of words but Cat was able to capture this in a sketch-a-graphic. It’s unlikely that someone would be that intrigued by a list of words but the images make it different and can be used to inform but also as a marketing tool. The best thing about working with Cat was to bounce thoughts and ideas around; she has a unique way to capture exactly what you need but then brings suggestions and ideas to enhance this even further. The title ‘OD at ULHT’ came from me but through Cats ability to draw this out (by talking it through) in an effortless way…. it just sprung to mind during our conversation.

The graphic has begun conversations about what the team do and has brought what can be a woolly and complex concept to something relatable to everyone.

Cat’s openness and insight into what would work was great. Not only did we have something for the directorate away day, but a visual we use to demonstrate what we do to the trust as well as remind ourselves of the variety of services we provide as a team.  Cat’s availability for conversations, her focus on the task and requirements and her amazing effortless approach to bring out the best in me creatively made this an enjoyable piece of work and created something we could never produce in house.”

Why ULHT wanted to use a sketch-a-graphic:
The OD team wanted to create something memorable that would help people understand what they did as a team and the topics that they cover across the organisation.

How the sketch-a-graphic has been used so far:
It has been used as a handout at a wider team event, showcasing what the team does and used to start conversations around the trust in what the OD team has to offer.  Separate elements are also being used within OD branded documents to make sure there is single visual language being used.

Which sketch-a-graphic package was used to create the final image:
This sketch-a-graphic was created using a combination of the bronze and silver packages.  A list of topics were provided and then we discussed what each one was in order to get a better view of what images would be appropriate.